When a woman agrees to carry a child for another, prior to becoming pregnant, she is called a surrogate. She is not to be the mother of the child; the intent is for the other (couple or person) to be the parent(s) of the child (ren). In some cases it is the surrogate’s egg that provides the biology for the child. This is referred to as traditional or AI (Artificial Insemination) surrogacy. In other cases the surrogate’s egg does not provide the biology for the child. Rather the egg of the intended mother or an egg donor provides the biology for the child. Either way, prior to becoming pregnant, the surrogate agrees to carry a child so that someone else will be the parent. For couples facing the painful struggle of infertility, surrogacy can and has been a miraculous and beautiful method of fulfilling their dream of becoming parents.

Are there really women who would do this; carry a child for someone else?

Yes. From my experience there are wonderful women who love being pregnant and have a great sense of compassion for childless couples desiring to be parents. They are primarily motivated by an opportunity to be a part of a greater purpose and bring more meaning into their lives. I have also seen women who are primarily motivated by money. This circumstance rarely works out for them. I inform those surrogates that no amount of money can or ever will compensate for carrying another’s child. Please don’t apply to my office. A surrogate who is motivated by a sense of purpose will be much fulfilled and the money will be simply an added bonus.

Surrogacy is an interesting concept and theory but are people really doing this?

Yes, a lot. Surrogacy is gaining widespread acceptance and is becoming more commonplace. This year the Wall Street Journal ran an article on the increasing popularity of surrogacy births. On the March 10, 2003 cover of People Magazine pictured Joan Lundon and her surrogate. The article titled “Teaming with Love,” tells of the positive and beautiful adventure of becoming parents again through surrogacy. Other celebrities featured that became parents thru surrogacy include James Taylor, Kelsey Grammer and Deidra Hall. In my office the number of surrogacies this year has tripled.

What are some of the moral, ethical and constitutional issues surrounding surrogacy?

Is Surrogacy legal in the United States?

This depends on what State the parties are in and how the agreement is structured. There are no federal statues or cases on the issue. So we must look to the states. And, they are all over the board with how they treat surrogacy. Some states have recognized surrogacy, some have criminalized paid surrogacy; some have held that the contracts are unenforceable but most states are difficult to categorize or simply do not have any laws or cases on the subject. We are embarking on new legal territory.

What is the case law history on surrogacy?

The first surrogacy case to enter the courts was In Re Baby M case. Mary Beth Whitehead contracted with Mr. And Mrs. Stern to be an AI surrogate (Whitehead’s egg, Mr. Stern’s sperm) for $10,000. She gave birth on March 27th 1986 and changed her mind about the agreement she made in the contract. (Indecently she did not pass the psychological evaluation she was given).

The New Jersey Supreme Court overruled the trial court in determining that the surrogate contracts where invalid and void against public policy. The court determined that payment to a surrogate is illegal, criminal and degrading to women. They applied the adoption laws and found the money to be involved to be illegal. (Most states adoption laws prohibit money to birth mothers for consents to adoption.) At issues was whether the money involved was for payment of services or for consent to the adoption. The court determined that the money was for the consent. They granted custody to the Sterns and visitation rights to the surrogate Mary Beth Whitehead.

The next surrogate case was in 1991 Calvert v Johnson the surrogate changed her mind and wanted to keep baby. The difference was that the surrogate’s egg was not used- it was the egg of the intended mother that provided the biology for the child. Basically it was the rights of the gestational mother vs. the biological mother. The Supreme Court of California allowed the surrogate agreement based on the ”intent test”. At issue was the “intent” of the parties at the time they entered into the contract; though the contracts were still void as against public policy. They further held that the adoption contracts did not apply because the surrogate agreed prior to conception, the surrogate was not the genetic mother and the money was not for giving up the child it was for the services of labor. The surrogate had no rights to the child.

The New York courts in 1992 gave weight to Calvert with the McDonald Case. Here a donor egg was used with the husband’s sperm. The intended mother carried the child. The couple divorced and a bitter custody battle ensued. The husband sought full custody because he was the only genetic parent. Here the NY Supreme Court relied on Johnson and asked what the “intent” of the parties at the time they entered into the contract? The intent was that the wife was to be the natural and legal mother regardless if her egg was used in the creation of the child.

What is the law in Ohio regarding Surrogacy?

Our legislature has not spoken on the issue of surrogacy. Indeed most states have not. In September 1996 when the adoption laws changed, they included the qualification that “ this does not apply to surrogacy”. And there are no Ohio Supreme Court Cases regarding surrogacy. So the issue of surrogacy is determined on a county-by-county basis. Summit County spoke out in 1994 with Belsito v Clark. The third state in the nation to speak on this issue, Judge Spicer set the path for acceptance of surrogacy under certain conditions. The parties sought a declaratory judgment. Carol Clark was carrying the biological child of her sister, Shelly Belsito. There was no dispute and no money had been exchanged. The Judge granted the declaratory Judgment and determined the “genetics rule” test. Thus it was determined that parentage is to be based on biological. The problem with this test is that the “genetics rule” test would wreak havoc on the issues of egg donation and determination of parentage. I am aware of seven other counties that have approved surrogate births based on the ‘genetics rule” test and determined parentage Under O.R.C 3111. Here again, these cases were all presented with out dispute. It is simply unclear the courts in Ohio would do if presented with a surrogate who wanted the challenge the agreement and keep the child.

I want to be involved in a surrogacy in Ohio, what should I be careful of?

First and foremost be careful in the selection of the surrogate. Problems arise when the surrogate wants to break the agreement and keep the child. Select someone who has passed the psychological evaluation and with whom you have a good relationship. This will go much further than the best-written contract.

Next, involve an attorney. Have the contracts properly drawn. I would not recommend going forward with downloaded surrogacy contracts from the Internet. There are many nuances involved and the issues of the parentage of your child is too important to be cheap.

One needs to be careful with the applicability of the adoption statues in Ohio; to (AI) Surrogacy (where it is the surrogate’s egg). In this case she cannot be paid. Period. She is considered the mother of the child and a step- parent adoption is necessary. In my opinion this is the riskiest type of surrogacy and unless there is a relative involved, I do not recommend it. If the surrogate is gestational only, where the genetics is from an egg donor or the intended mother then the adoption statutes do not apply. Parentage is determined under O.R.C. 3111. In this context, there is no prohibition against surrogates begging paid for their services.

Surrogacy, if done professionally, with awareness of all the surrounding issues, and with respect for all the parties involved and respect for the life that is being created can be a beautiful and meaningful path to parenthood.

This was published in the Cuyahoga County Bar Association “Law and Fact” April 2003. 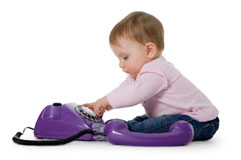